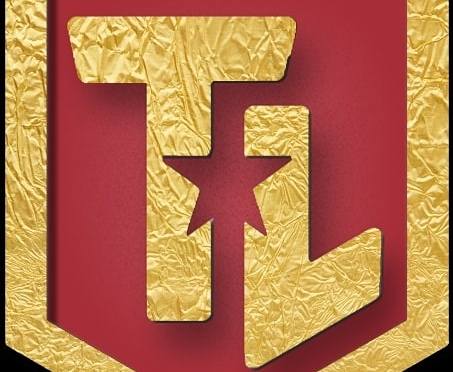 The Club started in 1969 when Frank (Jock) Bradley , the pool Manager at Larne, started the “Larne junior swimming club”. Shortly afterwards Dr Gerald Gould joined the club and continued to be actively involved right up until 1985, by which time he also had served as Swim Ulster President, Indeed Gerald presented medals at the 2010 Antrim Swimming Championships during the Finals session at Larne. Larne’s first international recognition came when Alison Law and Joanne Guiller represented Northern Ireland at the Commonwealth Games.

1985 saw an Ulster family dynasty make their beginnings at Larne. Liz Reid coached Diane Barr to Paralympic Gold in Seoul, and how proud the whole club was when in Diane carried the Olympic Torch along the Antrim Coast in June 2012, (one of four past and present Larne swimmers who carried the 2012 Olympic Flame in its Journey through N. Ireland). Liz’s son Andrew continued the International trend, competing in World and European Championship meets and the Commonwealth Games in Kuala Lumpur. Today Andrew, after a successful spell as Head Coach of Lisburn Swimming Club, is the Swim Ulster High Performance Coach, guiding the top talent in Ulster swimming into International Competition.

Warm weather training was introduced and regional representation continued to increase – at one time Larne had 9 swimmers on the Ulster Squad and 3 on the Irish 2012 Squad. Jonathon Niblock would represent Ireland at European Championships and Conor Leaney (British Champion in 100 Free in 2006) represented Northern Ireland at the Commonwealth Games in Delhi. During this period The Senior Boys also secured the OPEN War Memorial Shield for the first time in November 2005 a trophy won a total of 4 times over the next few years.

In 2011 and 2012 Danielle Hill and Conor Ferguson excelled in British Age Group Championships in Sheffield bringing Home Medals of all three colours. Peter Ferguson served as Swim Ulster President and we have a strong record as one of the top clubs in Ulster, not just from a performance viewpoint but also with a strong volunteer ethos within Club member parents and friends. In 2010 the Club, working together with Lisburn Swimming Club, introduced the Antrim Swimming Championships Meet, held as a final Irish National qualifying event. In 2012 his meet attracted entries from 25 Clubs across Ireland. Larne SC have been Ulster PTL Division 1 Champions for the past three seasons.

In 2014 current head coach Peter Hill took the reins of the Swimming club continuing its progressive approach to swimming.

2015 saw Larne swimmers compete for Ireland in the 1st European Games in Baku, the European Youth Olympics, World Junior Championships in Singapore and The Youth Commonwealths in Samoa.

2016 and again Larne had representation on Irish International teams with both Danielle Hill and Conor Ferguson competing at the senior Europeans in London before travelling to Hungary for European Junior Championships where Conor became the 1st Irish male to win a medal at this level when he picked up the silver in the 100 BC and Danielle set 2 Irish Junior records on her way to the final of the same event.

2016 was also the year we added a 3rd record holder, National champion and Irish international to the roster when Conor Brines won the 50 and 100 fly in record breaking times and qualified for next seasons World Student Games while winning the Scottish national championships.

2017 and the club continued to punch above its weight with Conor Brines finishing 12th in the World University Games in the 50 Fly and Danielle Hill becoming the fastest every female in Irish history in both the freestyle and backstroke. It was also the year that the club added a 3rd member to the Irish National Squad with Ben Woodside (14) joining Danielle and Conor on the National Squad.

We have over 200 active swimming members with vibrant Junior and Senior sections within the Club. In 2015 we gained the Swim Ireland Clubmark and the future of Larne Swimming Club looks as strong and bright as ever.

In these challenging times thanks to Strength labs for this great tool. #inthistogether #teamlarne #tndo
*CoronaVirus Update* 13th March 2020 #teamlarne
#countdownbegins **This is your 3 week warning** Event - IRISH TRIALS Venue - NATIONAL AQUATIC CENTER DUBLIN Date - 1ST APRIL In 3 weeks we are sending steam to compete in the Irish national championships in Dublin. This year Nationals is also the @tokyo2020 Trials. @danielle_hiill contests the 50&100BC, & 50&100FS (events she holds all the national records in) @conorferg_ contests the 50,100&200 BC Both are targeting qualification times for Tokyo @ben.woodside03 contests the 50, 100&200 BRS looking for the qualification standard for this summers European Juniors Get behind YOUR team #TEAMLARNE, show your support and let the team hear it #wearelarne🔴⚪️
#Repost @swimireland • • • • • • 💯#ShowYourStripes | 'How many National Records have you got?' - Meet Danielle Hill... - - ⏱️ No Irish woman in history has swum a 50m or 100m Backstroke or Freestyle faster, ever - and she's not done yet. - At 21, just last month she dropped 💥 a new National 100m Backstroke Record, and there is certain to be more 🔥at the Irish Open Swimming Championships and Olympic Trials this April! - Show your own stripes by supporting Danielle on the Road to Tokyo 🇯🇵 at #IOSC20 in Dublin, April 1-5 💪 Tickets on sale this FRIDAY at swimireland.ie - #WomenInSportIRE #20x20 #MeAndTheWater #CantSeeCantBe #ThisGirlCan #YesSheCan #Swimming #Tokyo2020 #TeamIreland @sportireland @20x20.ie
12 days of Christmas #snakesandladders special. #christmaseve #teamlarne
It's GoTime!!! Good luck to @danielle_hiill (100BC) & @conorferg_ (200BC) who get their @euroswim2019 campaign started today in Glasgow #teamlarne #euwoswim2019